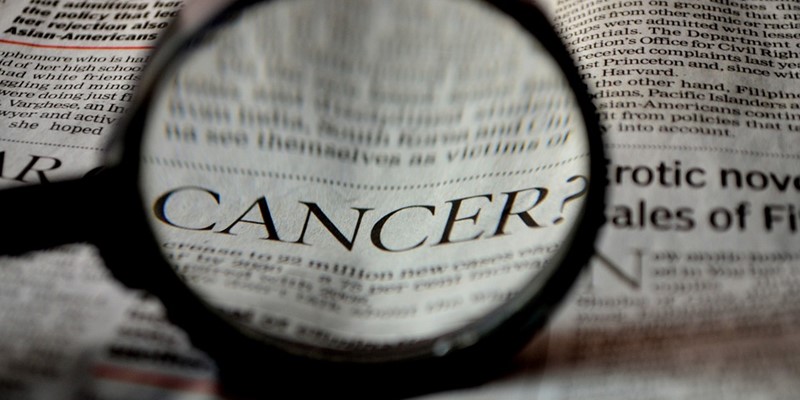 A cancer-style referral-to-diagnosis target sounds simple. But it turns out to be a lot more complicated than splitting the RTT target.

Many urgent conditions, including cancers, are only detected when the patient reaches diagnosis, so we need to get everyone to diagnosis quickly so that these unsuspected conditions can be picked up. Now the waiting list is peppered with risks that we don’t understand because the wait for diagnosis is so long – I estimate there are around 15,000 undiagnosed cancer patients on English waiting lists today. And the current emphasis on treating the longest RTT waits is pushing things in the wrong direction, because those patients are more likely to have a diagnosis already.

Splitting the RTT target struck a chord with many around the NHS, and now the influential Policy Exchange think tank have added their support in a new report, prefaced by Bruce Keogh who – when he was NHS England’s medical director – drove through the last set of necessary reforms to make the RTT targets safer. Perhaps, just perhaps, this suggestion might even have a chance of becoming reality?

However, when NHS England recently tackled a similar issue around the cancer targets, they took a different approach: they created a new referral-to-diagnosis target instead. So, the question I want to examine here is: might that be better than splitting the existing RTT target?

It might at first glance look as if the cancer referral-to-diagnosis target could simply be copied across to RTT. But the cancer targets work differently from the RTT targets.

If you download the most recent monthly cancer performance table, you will see that performance is based on those patients who were treated (or, in this case, diagnosed) during the month (it is the number “within standard” divided by “total treated”).

The RTT targets used to work that way, but it turned out to be a perverse incentive. For instance, there was a target that 90 per cent of admitted patients must have waited less than 18 weeks. The shortcut to achieving this target was called “quota management”: simply admit nine short-waiters for every long-waiter, even if that meant leaving hundreds of long-waiters behind on the waiting list.

This perverse incentive meant that even those hospitals with longest waits in England were able to succeed against the target, and escape the wrath of the Centre. Conversely, any hospital that tried to eliminate long waits by admitting as many long waiters as possible was punished with heavy fines.

So the RTT target was changed, and now 92 per cent of the waiting list itself must be inside the target waiting time. This removed the perverse incentive to treat mostly short-waiters instead of long-waiters, and resulted in a dramatic improvement in waiting times.

Happily, the perverse incentive does not strongly affect cancer services, because there is no scope to build up significant waiting lists safely when it comes to cancer. But we do need to ask how a referral-to-diagnosis target would be introduced for RTT: if it were a copy of the cancer target, then the perverse incentive would apply, hospitals would be penalised for diagnosing ‘too many’ long-waiting patients, and the target would fail its primary objective of getting all patients to diagnosis quickly.

Copying the cancer referral-to-diagnosis target can therefore be ruled out.

Still in the running, though, is a referral-to-diagnosis RTT target that is based on the waiting list, following the style of the other RTT targets. So, let’s compare that with splitting the RTT target.

Which change is simpler to implement?

The next question is about simplicity.

The existing RTT target may look straightforward but it is actually very complicated to administer. Every NHS trust needs to collect information about every patient who is waiting for a consultant-led service, from every relevant IT system across the trust (which may span multiple sites) and link all those patients back to their original referral dates to calculate their RTT waiting times. This is a difficult data linkage task that usually needs to be done centrally within the organisation.

Given that complexity, which of our two options is easier?

Let’s take splitting the existing target first. The RTT data already distinguishes between patients who have a decision to admit, and those who do not, so every trust’s monitoring systems already contain the necessary data. This makes splitting the RTT target relatively straightforward.

However, the date of diagnosis (or more likely, following the style of the cancer target, the date the patient is informed of the diagnosis) is not currently captured in trusts’ RTT monitoring data, so it would need to be created for every relevant IT system and included when linking all the data – a significant piece of work.

After looking at simplicity, splitting the RTT target is one-nil ahead of creating a new referral-to-diagnosis target.

Now let’s look at how easy it would be, under each option, to manage the waiting list and plan capacity in the most expensive part of the RTT pathway: admission for treatment.

Last year the Health Foundation estimated the cost of an inpatient treatment as £4,200, and an outpatient-based treatment as just over £500 (with untreated discharges from outpatients presumably being even cheaper). So, admitting patients for elective treatment is far and away the most expensive stage of the RTT pathway. It is essential to plan and manage this costly capacity effectively, both from an operational and a financial point of view.

Unfortunately, the current RTT measures (which would persist under the referral-to-diagnosis option) make it difficult to manage routine admissions for elective treatment in date order, because every patient’s waiting time must be calculated from the original referral date. In most trusts this can only be done centrally, so the task is typically performed once a week, put in a spreadsheet, and emailed round to service managers as the latest ‘PTL’ or Patient Tracking List. But every day, real patients are being referred, seen, diagnosed, booked, and treated right across the trust, so the PTL spreadsheet quickly goes out of date, making it difficult to manage admissions effectively on an RTT basis.

However, if the RTT target were split, then the decision-to-treatment stage would be the same as the old inpatient waiting time target: measured from decision to admit, up to treatment, so all the necessary data would be available to service managers live on their local IT system. So, their data would always be up to date, and managing patients in date order suddenly becomes much simpler.

It’s two-nil in favour of splitting the target.

Splitting the RTT target also makes capacity planning simpler. RTT data does not clearly separate those patients who need a clinic appointment from those who need a bed and a theatre slot, so managers cannot plan capacity using RTT data alone. Instead, they must plan as though the RTT target were already split, with one waiting time objective for outpatients, and another for admitted patients. This causes difficulty now because outpatient waits and admitted waits do not add up to RTT waits – because patients arrive on the admitted patient list with random waiting times – but if the RTT target were split, then the targets would fall into line with the realities of planning.

We reach full time at three-nil in favour of splitting the target.

Creating a new referral-to-diagnosis target started off looking reasonable as a concept. But there was plenty of devil in the detail: the style of cancer targets is unsuitable for RTT, it would create a lot of complexity, and it wouldn’t solve the planning and management problems that splitting the RTT target would.

So, if NHS England were minded getting patients safely and quickly to diagnosis as an early priority in the elective recovery – and they should – the best approach looks clear: split the RTT target cleanly into two parts: referral-to-decision, and decision-to-treatment, so that waits to diagnosis and decision to admit can be reduced first.

The illusion of evidence based medicine

A new drug to lower cholesterol will be made available to hundreds of thousands of NHS patients,...

Why are we waiting?

The simplest and most effective solution we yet seen in Europe for the waiting list issues from...

This website uses cookies to improve your experience. We'll assume you're ok with this, but if you require more information click the 'Read More' link Accept Read More